- Browse Edythe Kegrize Ornaments -
Posted by Unknown at 10:15 AM No comments: 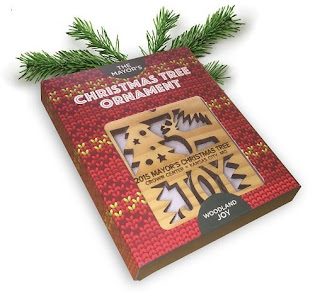 Each year the Hallmark-designed Mayor's Christmas Tree Ornament is made from the wood of the previous year's Mayor's Christmas tree that stood at Crown Center Square. The ornaments are available each year beginning the day after Thanksgiving.

Hooked on Ornaments will have the 2015 Mayor's Tree Ornaments available Monday, November 30th.

If you've never browsed this category on our website - these are some very unique and beautiful ornaments.  - Browse Mayor's Tree Ornaments 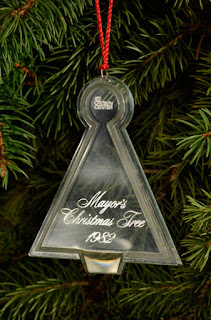 The 1982 Acrylic ornament is the hardest to find from the collection.

"In addition to the familiar light and sound functions that have been a part of many Magic Cord performances from the beginning, we recently introduced automated movement into some of our products. Although we are excited about the new storytelling opportunities that this additional function can provide, we have had to make some difficult choices in order to include this movement. Due to the larger power requirements of the electric motors that are needed, our products with movement use all of the available energy from the Magic Cord when they are activated. This unfortunately requires other products connected to the cord to "go dark" during motion performances, eliminating the synchronized, "full-cord" light show that many of our other Magic Cord ornaments provide. When the motor is not in use, however, our motion products still "follow" along with the performances of other "leader" products connected to the cord. We regret any confusion that this variation in function has caused and hope that consumers will come to appreciate the enhanced individual performances of our new motion products as we do!"

At present the only other Magic Cord item that causes the other items on the cord to "go dar" when it is activated is the "Here Comes Santa Claus" tree topper. 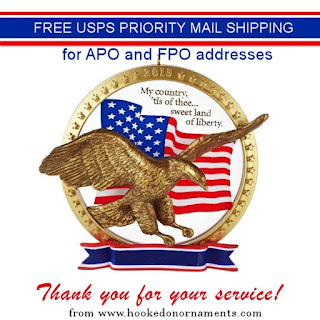 
As a token of appreciation for the service and sacrifice of our military men, women and their families Hooked on Ornaments is pleased to offer
FREE US Postal Service Priority Shipping to APO and FPO addresses.

Your service is very much appreciated! 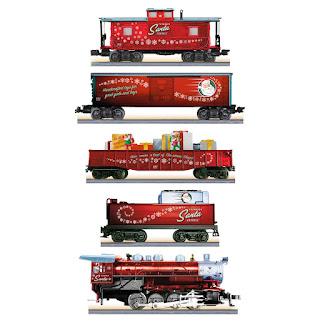 We were all quite excited to hear that this year Hallmark was offering a working Lionel Christmas Train set. I mean come on, who doesn't want a tree with the train circling around the base.

Here's what Hallmark Studio Artist, Ken Crow had to say about the project:


and finally.... here's a video of the train set in action!

Posted by Unknown at 1:30 PM No comments:

Each tapper features MUSIC and MOVEMENT. You can enjoy each one individually or connect them to see them all dance together. (They will also interact with Happy Tappers from previous years.) 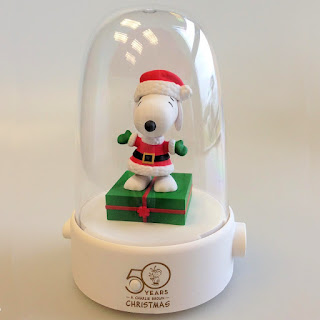 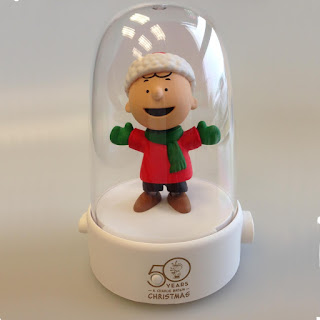 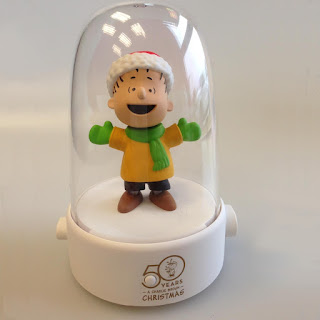 Check 'em out on our website by following the *View Details* links below the pictures.
Are these on your gotta have it list?

Posted by Unknown at 3:38 PM No comments:


One of the HOT ornaments this season has been the Fairy Surprise GOLD fairy. We had a comment the other day regarding the packaging for these ornaments and I thought the information might be helpful to everyone... so here's the scoop...

In previous years the Hallmark Surprise ornaments have been packaged in a factory sealed non-see through back inside of an ornament box that is taped shut. The only way to open bags from previous years was to cut or tear them open. 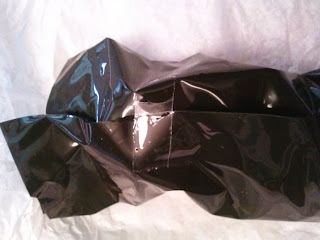 The 2015 Fairy Surprise ornaments are different. The ornament box is still taped shut at top and bottom - but the black bag that holds the ornament is NOT a factory sealed bag. The bag is taped shut. When you remove the tape, the bag is open at one end. SO, if you are concerned whether the package was tampered with because the bag is 'cut' open and taped shut... it was not, that's just how Hallmark packaged the "Surprise" ornaments this year.